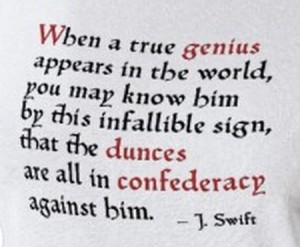 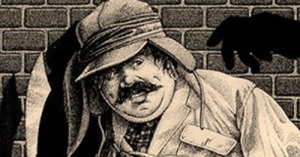 A CONFEDERACY OF DUNCES
Re-reading this book after many years I had forgotten that its author, John Kennedy Toole, had committed suicide at the age of 31 in 1969. He had been trying unsuccessfuly to get it published for about six years, and became so depressed after many rejections that he took his own life. It was only through the tenacity of his own mother that the book was eventually published in 1980 and found the audience it deserved. It has since been recognised as one of the great American novels and deservedly won the Pullitzer Prize in 1981
It’s hero – or should that be anti-hero – Ignatius Reilly, is one of the great characters of English literature, a slob extroardinaire, a mad Oliver Hardy, a fat Don Quixote, a perverse Thomas Aquinas rolled into one, who is in violent revolt against the entire modern world, lying in his flannel nightshirt, in a back bedroom on Constantinople Street in New Orleans, who in between gigantic seizures of flatulence is filling dozens of notebooks with invective.
His mother thinks he needs a job; he does a succession of jobs, each rapidly escalating into a lunatic adventure, a full-blown disaster, yet each one has its own eerie logic. Ignatius is an intellectual,idealogue,deadbeat, goof-off, glutton, with thunderous contempt for for almost everybody; homosexuals, heterosexuals, Freud, Protestants, workers, bosses and the assorted excesses of modern times. A great rumbling Falstaffian farce of a book is the only way I can describe it and the shame is that Toole never lived to see the fruits of his labours. Read it and weep – with laughter!

2 thoughts on “A CONFEDERACY OF DUNCES”