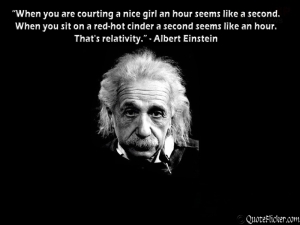 Einstein’s eyeballs
Are in a jar
In a safe deposit box
Somewhere in New York
His brain is somewhere in the vicinity too –
not altogether in one piece admittedly –
A bacon slicer was allegedly utilised.
His wish was to be cremated
And his ashes scattered in a secret location
But if it happened
It was minus the aforementioned parts.
‘Having his eyes means his life was not ended’
He’s not dead because I have his eyes’
So says Henry Abrams
The current keeper of those genius eyes
(though rumours are that an auction is imminent)
‘He’s not dead because I have his eyes’
How creepy is that?