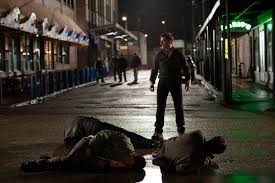 My favourite though has to be JACK REACHER, the eponymous hero – or is it anti-hero – of the books written by LEE CHILD,

Jack is a drifter, a loner, travelling across the USA, finding trouble without looking for it wherever he goes. I don’t know how many books there are to date – probably around 20 –  but I have read most of them; ECHO BURNING, PERSUADER, THE ENEMY, ONE SHOT, GONE TOMORROW, 61 HOURS to name a few, and I am always amazed at how gripping  and addictive they are.

A former Major in the United States Army Military Police Corps, JACK quit at age 36, and roams the United States taking odd jobs and investigating suspicious and frequently dangerous situations. The paradox of JACK is that he is both a big bear of a fighter , and a thinker, whose mission appears to be to right wrongs and defend the weak.

JACK always uses an alias when checking into a hotel. In earlier stories, this was usually the name of a lesser known ex-president. In later stories, he more often used baseball players’ names.

Since leaving the Army, JACK has been a drifter. He wanders throughout the US because he was accustomed to being told where to go, when to go and what to do for every day of his life from military childhood to military adulthood. He also felt he never got to know his own country, having spent much of his youth living overseas on military bases and at West Point. He usually travels by hitchiking or bus. As a drifter, the only possessions he carries are money, a foldable toothbrush and, after 9/11, an expired passport and an ATM debit card

JACK has the uncanny ability to know what time it is, at any time of the day, without referring to a clock. He often uses his internal clock as an alarm, enabling him to wake up at any time he chooses. He is a skilled marksman, and is highly skilled at fighting, enhanced by in-depth technical and military knowledge.

All in all JACK REACHER is the perfect all-round hero 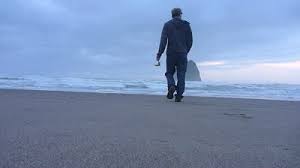