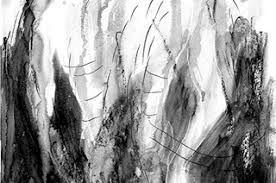 Sexual intercourse began
In nineteen sixty-three
(which was rather late for me) –
Between the end of the Chatterley ban
And the Beatles’ first LP.

This is the opening verse of Philip Larkins classic poem Annus Mirabilis, a poem which I consider to be one of my favourites of all time.  Larkin was generally acknowledged as  curmudgeonly,  and one of the most miserable men in England; he once said  of himself that ‘deprivation is for me what daffodils were for Wordsworth’. He was an inveterate letter-writer, and those published after his death in 1985 reveal his right wing views and his racist language. Indeed one historian described him as a ‘casual, habitual racist and an easy misogynist’. He also had a taste for soft porn – though had he still been alive today I expect he would have graduated to the hard stuff! There is no doubt that he had lecherous tendancies; and he conducted three seperate affairs together during one period of his life.  Tough cookie!

He was born in Coventry in 1922, earning the title ‘the bard of Coventry, though he worked most of his life as University librarian at the University of Hull. He wrote two early novels before turning almost exclusively to poetry, although he did contribute a lot to Lucky Jim, the first novel of his great friend Kingsley Amis. His first published collection was called The North Ship, but it was his second collection The Less Deceived, that got him noticed.

They fuck you up, your mum and dad.
They may not mean to, but they do.
They fill you with the faults they had
And add some extra, just for you.

But they were fucked up in their turn
By fools in old-style hats and coats,
Who half the time were soppy-stern
And half at one another’s throats.

Man hands on misery to man.
It deepens like a coastal shelf.
Get out as early as you can,
And don’t have any kids yourself.”

Undoubtably one of England’s finest poets, he couldn’t stand pretentiousness and once commented;  “I can’t understand these chaps who go round American universities explaining how they write poems: It’s like going round explaining how you sleep with your wife.”