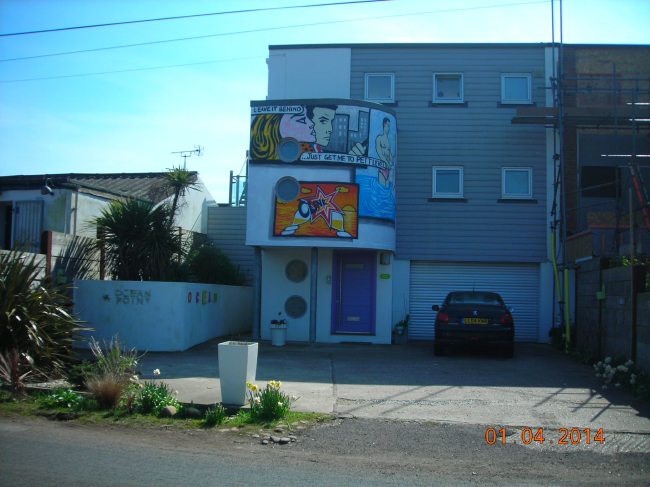 THE NIGHT THE MUSIC DIED

He lay in the box quite comfortably

His waxen face staring into infinity

Looking much better in death

Than he ever had in life.

It was all that I could do to peer

At him through slatted fingers

From the back of the room;

The ever-present smell of tanning

More than forty seeping years of it

Scrubbed away one last time

His moped – a natural progression from pedal power

When his legs gave out –

Lay discarded in the coal shed

At the back of the house.

(No driver you see, and mother still had the shopping to do)

And turned over his bit of stony ground endlessly.

In summer he clipped sheep slowly

Carefully stowing it away in its box

When the shearing was done.

The clay pipes he sucked on – their broken stems

Held together with blood pricked from his thumb –

And his three bottles of Sunday-night Guinness

Would stand corked under the counter evermore.

Who would dance half-sets with her now?

My mother enquired of no one in particular,

The smoky saloon bar stunned that the music had felled him

Knocked him to the floor in the middle of the tune.

He lay there with a smile on his face

Knowing it was over

And I never got to know what was on his mind.

We put him in the ground

And sadness trickled through me

Later, everyone stood around

While I stood there, dry-eyed;

He was a great man they all said

Slapping the back of my overcoat;

Sure he gave forty years to that tannery

And what did it give him?

I wanted to shout to the throng;

A gold watch and a tin tray

And both had his name spelled wrong