What are some of your inspirations for your plays and books? Are they of a biographical nature?

Of course my writing is autobiographical to some degree. I don’t think a writer can write without putting something of himself into his work, be it novels, plays, short stories or whatever. But I also think reading plays a big part; to write well I think you have to read well. By that I mean read the best writers, both contemporary and historical, and try and figure out how they did it.  I love Ernest Hemingway for example; I think he was the greatest writer of the 20th century and have read everything he wrote – many times. I am always finding something new in his works. Ernest was a very conscientious writer; he wrote every morning for 4 or 5 hours without fail; he was also a very proud writer, and when he found his writing powers fading at the age of 60 he blew his brains out with a shotgun rather than carry on. That’s how much writing meant to him

When did you realize that you wanted to write as a profession?

I had always been a bit of a closet writer throughout my life, writing bits and pieces sporadically –  then discarding them as rubbish. It wasn’t until about 20 years ago that I decided to give it a proper go. I was in my mid forties then; I would write for a couple of hours every night after work in our attic – I floored it and made it into my writing den – and found that the discipline of regular writing improved my work tremendously.  I also maintained that it kept me out of the pub – it didn’t! – but the writing bug had got hold of me by now and I was putting time aside for it. Gradually the quality improved – I found that you have to write all the bad stuff before you get to the good stuff – and I eventually saw some of my material getting published or performed.

Did you go to university for writing or was it a self-taught discipline? 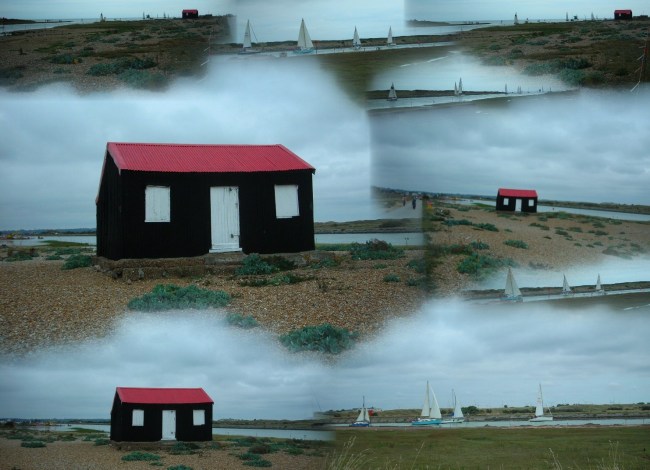 I didn’t go to university because when I was growing up in Ireland in the 1950/60’s going to university was a luxury most people couldn’t afford. Nowadays you can do degree courses in all aspects of writing, which is, I suppose, a good thing. But I don’t think a degree will make you a writer; it can help you with the mechanics of writing etc, but I think good writers are born not made. Would going to university have made Brendan Behan a writer? Or Sean O’Casey? Or Patrick Kavanagh? They had writing in their blood; that’s what made them writers. And I suspect that is true of most writers.

Many of your stories deal with the often difficult prospect of immigrating into foreign countries and working in manual labor. Did you yourself ever work in situations like this as an immigrant?

I spent most of my working life in the construction industry, both in England and Ireland, as welder and latterly as a carpenter. A lot of my work is coloured by my experiences in this field; indeed my book/play ‘Cricklewood Cowboys’ deals with various Irish characters working for subbies (sub-contractors) operating out of the Kilburn/Cricklewood/Camden Town area of London.  This was the sleazy side of the construction industry, where ‘subbies’ hired labourers on a daily basis for cash-in-hand and no questions asked. The venues were usually Irish pubs such as The Crown in Cricklewood or The Nags Head in Camden Town. Initially these payments were in cash but then cheques began to make an appearance. Trouble was most of these men didn’t have bank accounts, so the Irish pubs would cash these cheques – usually for a fee. As these pubs were often owned by the ‘subbies’ themselves they were onto a good thing; not only did they get paid for cashing their own cheques but most of the money was spent over the counters on drink as well!  The practice is still going on to this day; only nowadays the work is done by East European workers and not Irish.

What made you leave Ireland? Do you go back?

They say you can never go back. And you can’t. Not really. Oh, I return and visit for holidays and to see my relations occasionally, but the Ireland I grew up in no longer exists. And neither does the boy I was growing up there. I have spent a lot of my life going to and fro between the two islands of Ireland and England, ‘like a yo-yo’, not ever really sure where home lies.

I had a happy childhood; not a bit like the miserable one that Frank McCourt wrote about in’ Angela’s Ashes’. We were poor I guess; no running water, no electricity, no toilets, to TV, no car…you name it we didn’t have it. But then, money wasn’t as important as it is nowadays. If you had enough to live on you were doing well. If you didn’t you wouldn’t starve because the countryside was abundant in most of the things needed to survive. Even the poorest cottage had half an acre of land attached, and enough spuds, cabbage and other vegetables could be grown to keep a family from the poorhouse. Hens provided eggs every day, a pig could be fattened and killed; and if you couldn’t afford turf or coal, well, there was plenty of wood scattered about…                                                                                               I guess Ballyhussa, where I grew up, was much the same as any other cross-section of countryside out in the middle of nowhere. But to me it didn’t seem like that. It was home and it possessed my young soul and my growing body. I grew up there – and bits of me stayed there. In the hedges and furze bushes; in the groves and ploughed fields; in the streams and ponds. In the Mass-path, in Newtown school, and in the patches of stony ground that we raked and raked but never could quite rid of stones.

My father worked in the Tannery in the nearby town of Portlaw for over forty years. I can remember him cycling to work on his ‘high nellie’ every day come hail, rain or snow. I finished with Primary school by the age of thirteen and then spent another two years in the ‘Tech in Portlaw, where we made shoe-boxes and coat-racks by the dozen, learned all about dovetail joints and made glue from boiled cow-hooves. In between times a willowy lady taught us the rudiments of book-keeping. Neither pastime subsequently did me much good.

What kind of office/work space do you write in?

Like I said earlier I started off in the attic of the house we then lived in. Nowadays it’s no longer an attic; just a small room with a desk, laptop, my books etc, that I call my den. It’s kind of claustrophobic, but I like it like that, I feel it helps me concentrate – if it was big and airy and too comfortable I might be tempted to do nothing at all!

What is your writing process?

There is nothing to writing. All you do is sit down at a typewriter and bleed.Ernest Hemingway Well, maybe I don’t bleed, but sometimes it feels like it. You can’t sit there waiting for inspiration to come but that blank page can be mesmerizing at times ; the longer you stare at it the less inclined the words are to appear. Hemingway always left a piece of his previous day’s work unfinished so that he had something to begin the new day with.  I try to do that as much as possible myself; failing that I write any old rubbish that comes into my head to kick-start my thought processes. It’s a bit like a car with a dodgy battery; once I’m up and running I chug along okay.

I never write for more than a couple of hours at a stretch. Then I may read for a while or go for a walk.  I also like to listen to other people; on buses, on trains, in the shops; you can get some great lines for use in your work. Most people never listen; they are too busy talking.

Nowadays I type directly on to my laptop, but when I started twenty years ago all I had was a cheap typewriter, a Smith Corona I think it was. These days I don’t know how I managed with such primitive equipment! There is no excuse for sloppy writing in today’s world; all the facilities are there at the touch of a button for editing, spell-checking etc. All the high tech improvements may not make one a better writer but they certainly make writing easier.

Is the writing process for a play different than for a book?

For me it is completely different. For a start a book takes much longer to write; I would take probably a year to write a book whereas I can finish a play in a few months.  You need much more stamina for a book – which is why I see myself more as a playwright than a novelist!

And of course the approach to both is entirely different. A novel can afford to meander at its own pace as long as the quality of the prose, of the language, is sufficiently strong to maintain the reader’s interest. A playwright, on the other hand, has nothing but the quality of his dialogue to keep the audience interested. The story, the conflict, the drama, they all have to be presented on stage in such a manner as to get your audience back for the second act, with nothing but dialogue and a few props. And competent actors of course!

Books are about thoughts, plays are about words, is as good a way as any of describing the difference.

Where have your plays been staged?

My plays have mostly been staged in London, generally in the smaller ‘fringe’ theatres. Theatres like The Old Red Lion and The Kings Head in Islington, The Tabard, West London, Pentameters Theatre in NW London  and The Irish Centre in Camden Town. Two of them have also toured Ireland, and my most successful play to date –On Raglan Road – has also had performances in Florida, New York and Canada.

My first play, Money From America, started life as a TV script but a director friend of mine said it was stage play, so I re-wrote it and submitted it to the Tabard Theatre. It was immediately accepted; it ran for four weeks, sold out, and broke the box office records in the process. It was then I realised I was playwright.

What do you do after a piece is completed?

Breathe a huge sigh of relief!

What do you do for fun other than writing?

We live by the seaside here in Hastings so I do a lot of walking along the seafront weather permitting. I also like visiting auctions and attempting to buy old and collectable books and magazines. And my wife likes travelling so we try to visit a few new cities every year.

For details of all my works please check the following links