Gaunt history staring us in the face

Harold pinter wrote the following poem as a comment on the Gulf War and the USA involvement in it.
It was rejected for publication by the Independent, the Observer, the Guardian (on the grounds it was ‘a family newspaper’), the New York Review of Books and the London Review of Books. The last named, in particular, aroused Pinter’s ire by accompanying rejection with the assurance that the poem had ‘considerable force’ and that it shared the author’s views on the United States.
Harold says; ‘I started to write this poem on the plane going to the Edinburgh Festival in August 1991. I had a rough draft by the time we landed in Edinburgh. It sprang from the triumphalism, the machismo, the victory parade, that were very much in evidence at the time. So that is the reason for “We blew the shit out of them.”‘ Most editors used the words ‘obscene’ justify its non-publication. But that is the whole point:This poem uses obscene words to describe obscene acts and obscene attitudes.’
I GUESS NOT MUCH HAS CHANGED SINCE PINTER WROTE IT IN 1991

AMERICAN FOOTBALL
Hallelullah!
It works.
We blew the shit out of them.

We blew the shit right back up their own ass
And out their fucking ears.

It works.
We blew the shit out of them.
They suffocated in their own shit!

Hallelullah.
Praise the Lord for all good things.

We blew them into fucking shit.
They are eating it.

Praise the Lord for all good things.

Now I want you to come over here and kiss me on the mouth. 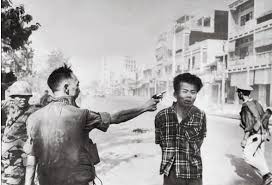 And the carcasses piled high

Gaunt history staring us in the face

Delta-Mekong dots on the map

Gone to fight the yellow man

taken from my new collection of poetry ’67’  http://www.tinhuttalespublishers.co.uk/67/