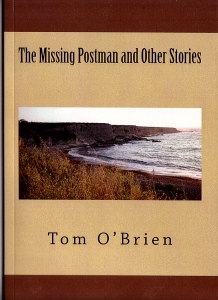 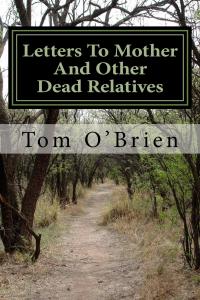 I was thirteen tall and gangly when I first pulled on long trousers. What a relief that was; I was the longest streak of misery you were ever likely to see in the short ones. It was my last year at the National school in Newtown and the Master used every opportunity to drag me around the classroom shouting “just because you wear long trousers now O’ Brien, don’t think it makes you any smarter”. I wasn’t and it didn’t, but the Master was a law unto himself so I just kept my gob shut. There were discussions about what, if any, further education I was to get. Dungarvan was out I heard my father say; it was too far away and the fares were too expensive. That only left the ‘Tech in Portlaw – and that seemed to totter from one financial crisis to the next.
We were poor I guess; no running water, no toilets, to TV, no car…you name it we didn’t have it. But then, money wasn’t as important as it is nowadays. If you had enough to live on you were doing well. If you didn’t you wouldn’t starve because the countryside was abundant in most of the things needed to survive. Even the poorest cottage had half an acre of land attached, and enough spuds, cabbage and other vegetables could be grown to keep a family from the poorhouse. Hens provided eggs every day, a pig could be fattened and killed; and if you couldn’t afford turf or coal, well, there was plenty of wood scattered about… END_OF_DOCUMENT_TOKEN_TO_BE_REPLACED

THE SHINY RED HONDA review
A wonderful coming-of-age story set in the Ireland of the late fifties and early sixties,The Shiny Red Honda evokes images of a more innocent time, when life was lived at a more gentle pace and people were stoical in the face of hardship, taking the bad with the good as simply part of life’s cycle. Tom O’Brien’s writing is stark and vivid and straight to the point, but always tempered with a wry humour, never taking himself too seriously. We travel with him through his upbringing on a small-holding in County Waterford, sometimes hard, but mostly carefree, and then his emergence from fumbling adolescent to a young working man who played guitar in his spare time in the newly emerging pop/rock band scene of that era. Tom describes everything so beautifully that I found myself re-reading some pages, just for the sheer joy of it. This is one of the best autobiographical books I’ve read in ages, if not THE best, and I can’t wait to read more of Tom O’Brien’s work.
› Go to Amazon.com to see the review 5.0 out of 5 stars