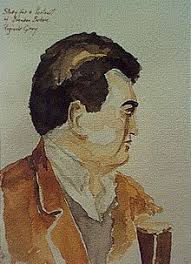 listen to radio interview on link below 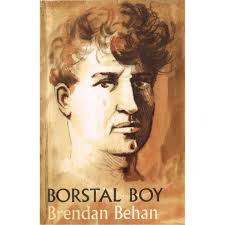 Bob Dylan, Sid and Nancy, Leonard Cohen, Andy Warhol, Janis Joplin were among a long list of artists and musician who stayed at the Chelsea Hotel NY at one time, adding to its reputation as a decidedly bohemian enclave. Musicians and artists dominated the headlines through the 13 decades since the Chelsea’s construction in 1884. But the grand hotel-for-the-arts on New York’s West 23rd Street has inspired literary works as well, and often it was the writers who shaped the narratives on which artists working in other disciplines based their work.

Below are a few of the writers who stayed there:

DYLAN THOMAS  “Excuse me,” Dylan Thomas apologized, following a terrible fit of coughing and retching into his rusty Chelsea hotel sink. He suffered from a medical condition, he explained. “I think it’s called cirrhosis of the liver.” The popular Welsh poet drank too heavily to produce much of literary merit during his numerous stays at the Chelsea Hotel.

BRENDAN BEHAN  Alcoholism had not only gotten the Irish playwright and novelist Brendan Behan kicked out of Algonquin and Bristol Hotels by 1963, it had also destroyed his ability to hold a pen. At the Chelsea, though, the choreographer Katherine Dunham and her dancers were able to nurse him back to health. At the Chelsea, the writer dictated Brendan Behan’s New York, a lyrical tribute to his favorite city, into a tape recorder when not singing Israeli songs with the poet Allen Ginsberg, dancing in the halls with Communist leader Elizabeth Gurley Flynn, befriending Eugene O’Neill’s ex-wife Agnes Boulton, or carrying on affairs with male and female lovers while managing visits from his long-suffering wife as well.

JACK KEROUAC  It was one of those nights of “metropolitan excitements,” Kerouac wrote of the night in 1953 when he and William Burroughs encountered Gore Vidal at the San Remo bar. Already drunk with joy over the publication of Burroughs’s Junkie, the two writers eagerly incorporated Vidal into the night’s revelries. But as the drinking progressed, Burroughs peeled off–leaving Kerouac and his handsome fellow writer to muddle-headedly resolve to pay tribute to their predecessors Thomas Wolfe and Dylan Thomas by consummating their friendship at the Chelsea Hotel.

THOMAS WOLFE  “The desire for it All comes from an evil gluttony in me,” confessed Thomas Wolfe, who had moved into the Chelsea on Edgar Lee Masters’s recommendation and whose rumbling, Southern-accented voice permeated the corridors as he paced the floor each night dictating scenes for a novel. To Masters, who invited Wolfe down for a nightcap occasionally, the writer seemed a force of nature, loudly decrying the changes he saw in his countrymen in the wake of the Depression. America had lost its way, Wolfe insisted.

ARTHUR MILLAR  Arthur Miller came to the Chelsea in 1962 to escape his disastrous marriage to Marilyn Monroe, but once he started writing, he found he couldn’t duck his history quite so easily. His new play, After the Fall, was meant to explore, in this post-Nazi era, the individual’s responsibility for the fate of a fellow human, but it soon became clear that Miller was also exploring his role in Monroe’s self-destruction. Even after the announcement of Monroe’s suicide, Miller denied the true identity of his play’s female protagonist.

ARTHUR C CLARKE In 1965, long-time Chelsea veteran Arthur C. Clarke checked in for a stint at the hotel, pounding out 2,000 words a day on a novel-length accompaniment to 2001: A Space Odyssey, his collaboration with filmmaker Stanley Kubrick. Kubrick had tried to work with Clarke at his own office in Manhattan, but after one day’s work the writer returned to the Chelsea to draw on conversations with William Burroughs, Allen Ginsberg, Arthur Miller and others for inspiration for his work.

WILLIAM BOROUGHS  William Burroughs and his close friend, the Canadian artist Brion Gysin, arrived at the Chelsea Hotel in 1965 to market a new invention, the Dream Machine, a contraption consisting of a spinning paper cylinder with slitted sides and a light bulb inside whose purpose was to create a psychedelic experience for the viewer without the use of drugs. When it failed to make them rich, the pair turned to a new collaboration equally in tune with the Chelsea Hotel zeitgeist: The Third Mind, a exploration of the synergetic power of creative collaboration.