POETRY REVIEW                            67 by Tom O’Brien
The Co. Waterford-born playwright and novelist, Tom O’Brien, who had two plays produced in London last year, has brought out a curious collection of poetry, titled 67. A collection of 71 poems from Tin Hut Tales Publishers. Written over a period of twenty-five years he describes them as  being “of their time” and some were written “in the heat of the moment”, scribbled on bits and scraps of paper on buses and trains, or on the building sites where he worked. There is a surge of anger, a sideswipe at society, and at other times tender memories of a rural Ireland he had left behind, knowing there was no golden dawn, no rose-tinted place to return to. At other times, the poems are like graffiti and have an instant savagery and frank use of language. At other times, they are like notes to the 20 or so plays and books he has written. Why he is not better known in his home county is still a puzzle to me.
The opening poem Russian Roulette As A Cure For Depression catches your interest ” The first time I pressed the trigger/ I knew I was immortal”. He has graffiti poems, Bollocks To The Poll Tax and an ironic transitional poem from a rural community to heartless urban wastelands in Put Another Log On The TV. Then a poem like Don’t Make Your House In My Mind, hits the sad side with lines like: “You promised sex without frills” and “Shared lives going down the long slide”. A poem like Old Acquaintance reads like the synopsis to a play, but it is a poem you will return to and find another ‘home truth.’
The Clonmel and Fethard writer Joe Ambrose, who went to college in De La Salle, in his story Shapeshifter, tells of Irish people moving to England, and it catches well the sentiment that Tom O’Brien tries hard to suppress – ” They tried to live in England, the bucolic Irish provincial lives they’d actually left behind on Paddy’s Green Shamrock Shore. Hillbillies let loose upon the slick city. Peasantry who like peasants all over the world lived to eat, shit, sing, breed and die”. Tom O’Brien catches that dichotomy time and again, especially in My Time – “This then is my time/ A ribbon of memories/ Stretching back to an age/ I can hardly remember/ Anymore”.
I am glad Tom O’Brien didn’t ‘tidy up’ these poems that echo a line ” Sorry sir, there is no more room for memories/The past is full up”.
I am also enthused that Waterford City and County Council have funded Stagemad Theatre to present a Tom O’Brien play later this year.
Liam Murphy  Munster Express

In the lifts and on the stairs;

BOLLOCKS TO THE POLL TAX

The stench of urine everywhere

Bakes hearts as hard as concrete

Ghost through the floors

Another circus of misfits

Adrift in the maze

In this graceless legacy

The sun also rises over concrete

There are no shadows yet

On this marbled plain

So tender in years

But so sparing with love

I shiver at the bus stop

Admiring this proliferation of granite;

So cold, so hard,

GOD IS NOT A GOOD TRAVELLER

God is not a good traveler

He has not been to Kinshasa

As far as I know

Nor has he been to Sierra Leone

As I am sure he would crow.

He has never been to Aleppo

Buachi, Zaria  or Es Sider either

Perhaps he should takes Kipling’s advice;

‘The first condition of understanding

A foreign country is to smell it’

‘Sorry sir, there is no more room for memories
The past is full up’

Just lately it seems to be turning out that way
Which, when you think of it, must make sense
How much history can be shovelled down one hole
Before it overflows with past events?

And what of the future,
Did it all start with a big bang in the past?
If it’s true, like they say,
How long can the present last?

Before the Expanding Universe swallows
Up all of time?
And nothing more can happen
Because something or other
Has crossed the dividing line

BAD PENNY
This bad penny will not conform
Because my minds a blank
But then so is the penny –
At least on the reverse side.
It may not be a bad penny at all;
It’s edges are serrated
And it twirls when I spin it.
Ten times out of ten it lands
Fancy side up;
Perhaps there is a good side
To this bad penny 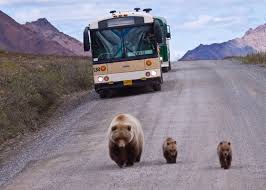 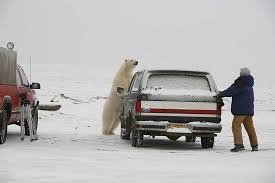 THE BEAR NECESSITIES
‘What kind of animal are you then?’, she asked me.
‘Well’, I replied
‘I do not growl like a bear, I roar like a lion’.
‘Ah, one of them, are you?’
‘No actually, I’m more of a bear to be honest’.
‘Oh, they’re fearsome creatures, they are’.
‘Not really’, I said ‘once you get to know them.
For instance, take me
The other day, whilst in my bear mode –
Brown bear, I might add –
I took a notion to frighten some motorists.
I spotted a likely candidate and stepped from
Behind my tree hiding-place
And plonked myself in the middle of the road.
Then a motorist stopped and began berating me’,
You’re an ugly brown bear, you should be ashamed;
Trying to frighten people
Get out of my way. Don’t you know who I am?
I didn’t, but he told me anyway.
I am Ernest Hemingway.

The world is full of poets
And most of them know it
Rhyming couplets with fucklets
Never thinking ‘dark chocolates’
Most of them over some visionary hill
Buying notebooks they will never fill
Looking for loves lost something-or-other
Or wondering why they never hated their mother.
Oh yes, a poet’s life is thankless
Almost as bad as a life lived wankless 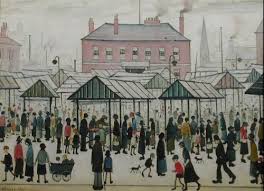 Every month a ritual enactment
For the rent man
Mother, floury nose and doughed-up hands,
Smiling practice-perfect
Us children banished to the scullery,
A whispered ‘don’t you laugh now’
A silent prayer
And the teapot ready
Beside the rent book.

Every month ‘good morning Mrs Moran’
Lovely day to be sure’ and
YesI will have a cup of tea, thank you’
And every month a glowing red nose,
Lit up like a hot coal.

Every month silence from the scullery
Until the day little Tommy fell off his perch
And tumbled through the scullery door
To land in a heap in front
Of that illuminated face.
And then mother turning,
The sugar bowl in her hand
Saying – much too casually –
‘How many sugars would you like on your nose?’

PAPA’S TRIBE
The wives and mistresses
All mealy grins and doughy skins
With their ever-wet holes
And their second-hand sins
Watching as the mirror butterflies their faces
Twinned with depthless images of themselves
Wronged women staring back in anguish
Each flopped vacuously on vacant shelves
Leftovers or left behinds
None are sure of which is which
All of them are certain of one thing though;
It’s one of the others
That is the biggest bitch. 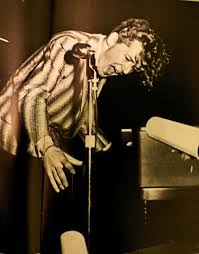 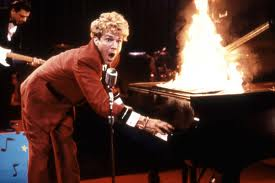 KILLER
The cigarette smoke hangs like tear gas
In the mean little honky-tonk
But nobody really gives a shit
Because Jerry is in town.
He arrives without fanfare
And seats himself down
Gimme my money and show me the piano
And don’t try and act the hound
This is rockabilly, baby
Forget about Elvis and Johnny
Jerry has just kicked the door down.

Jerry can conjure a thousand songs
And play each one seven different ways
He can make your high heel sneakers
Dance the legs off every other cat in the place
I aint no phoney
I ain’t no teddy bear
And I don’t talk baloney
As I say to my bass player
I ain’t no goody-goody
But I was born to be on the stage
It was all I ever dreamed of
From the very earliest age.

Jerry plays it slow and mournful or hard and fast
He once told Chuck Berry he could kiss his ass
And across the arc of bad-boy rockers
Who have come and gone
Jerry is the only one still rocking on
Sure, there were some bad times that caused his
Rocket ship to sputter
Like the year he crashed a dozen Cadillac’s
And was heard to utter
You shake my nerves and you rattle my brain
Too much love drives a man insane
You broke my will, oh what a thrill
Goodness gracious great balls of fire